In order to achieve the second aim of the BIOSTRE project regarding the origin of the populations from Trentino and the introduction of agriculture in the region, the ancient DNA (mitochondrial) from human remains which date back to the Neolithic was analyzed. These remains were┬Ā discovered in the region during the archaeological excavations in the necropolis La Vela of Trento.┬Ā┬Ā 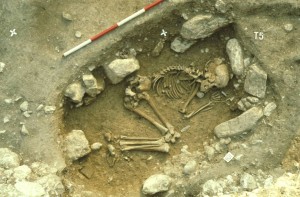 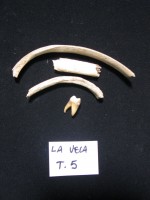 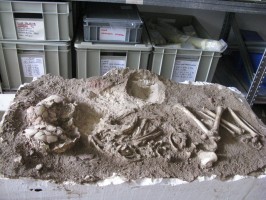 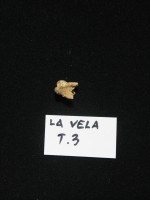 Samples of bone powder from different parts of the skeleton, such as the phalanges, ribs or teeth (photos above) were collected using a specialized drill. Subsequently, the DNA was extracted from the powder samples and analyzed. Differently from the analysis of ┬Āmodern populations, the ancient DNA analysis regarded the mitochondrial DNA only. In fact, it is present in numerous copies within each cell (and not in single copy like for the nuclear gene) and can be extracted more easily from degraded samples such as the ancient ones.

Samples were analyzed in the Department of Evolutionary biology of the University of Florence according to the protocol reported in Cooper and Poinar (2000) and following the most rigorous criteria adopted for the analysis of ancient human DNA. All analyses were repeated twice in two independent laboratories in order to confirm the results. In fact, due to the problem of contamination from modern DNA that may occur during different phases of the analysis (e.g., during the excavations of archaeologists and anthropologists, and/or during the laboratory analysis), independent evidences is necessary to exclude the possibility that the DNA under analysis derived from some of the above-mentioned ŌĆ£contamination sourcesŌĆØ.┬ĀIn order to┬Ā follow the traceability of possible contamination sources, the mtDNA of most of the archaeologists and technicians that directly handled the remains were analyzed. ┬Ā┬Ā

The ancient DNA from each remains was sequenced for a fragment of mitochondrial DNA (hypervariable region 1, HVR-1) and the results were compared to the reference sequence from Anderson (1980). Unfortunately, only three out of the five samples have been successfully characterized (grave 2, 3 and 6). In fact, for two of them (grave 1 and 5), it was not possible to obtain reliable results due to the low quantity of quality DNA┬Ā available for the repetitions. This was probably due to the presence of inhibitors and bacterial DNA in the remains, a condition that is very common in degraded samples such as the ancient ones.

The comparison between the data obtained from the analysis of ancient DNA and those available from modern populations from Trentino and Europe evidenced that the ancient remains have some genetic variants that are also common in these populations (e.g., H* haplogroup). Moreover, our comparison with literature regarding the variation of┬Ā ancient DNA in human remains from central Europe (Haak et al., 2005) evidenced that in the samples from Trentino, there was an absence of the mitochondrial N1a haplogroup. This lineage,┬Ā had been found at high frequency in the samples analyzed by Haak and collaborators, all of which came from communities belonging to the so-called Linear Pottery culture (LBK), considered as the first farming communities in central Europe. Overall, these results┬Ā together with those obtained from the analysis of the distribution┬Ā of the haplogroups in modern populations from Trentino point toward a genetic continuity between ancient and modern populations (more extensively┬Ā in the results section).┬Ā However, due to the small sample size of remains analyzed, the┬Ā results should be interpreted with caution.┬Ā