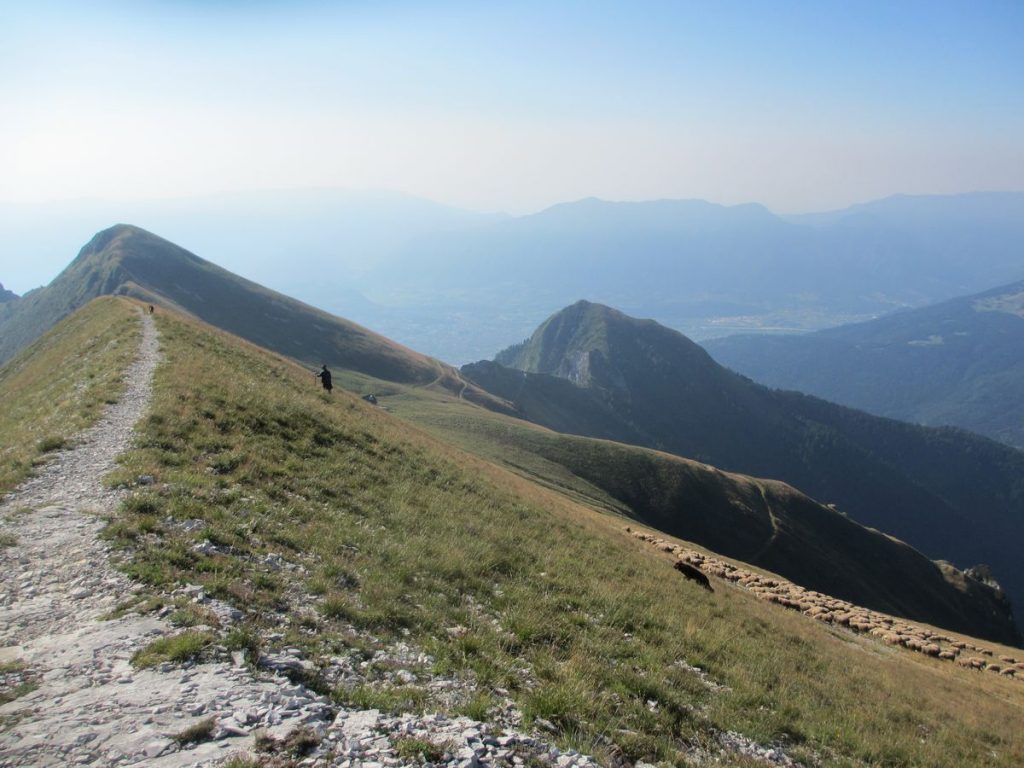 The site, identified by Piergiorgio Cesco Frare and Gabriele Fogliata, is a pastoral structure composed of five enclosures and some secondary structures, all built with local stones.

During a fieldwork campaign in 2014 the building technique has been analysed, as well as the stratigraphic relationships between the different enclosures. The dry-stone walls are made of regular slabs (up to 1 m long) of rosso ammonitico, with smaller roughly cubic biancone stones leaning on top of them (average size 30 cm). The walls have been probably built during the stone clearance of the area.

The walls might have been restored annually. In some parts the dry-stone walls are higher than 1 m, thus indicating a recent abandonment. All the enclosures follow the contour lines, to protect the internal area from the debris.

The main feature of the compound (named R1) is semi-circular and D-shaped. All the other enclosures have walls that cross orthogonally, even if, in some cases, they show rounded corners. The analysis of the building technique and stratigraphic relationships has enabled a relative chrology for the construction of the 5 enclosures to be suggested.

In the same year some test pits (1×1 m) have been opened inside the compound enclosure. The Busa delle Vette and other surrounding areas have also been surveyed. In the autumn of 2013 the company Zeta Esse S.C. has carried out a drone survey of the enclosure.

The main purpose of the archaeological investigations was the identification of the origin, chronology and evolution of the pastoral compound.

Test pits 1 and 1B yielded a large number of small potsherds (among which also some fragments of rim), a fragment of metal, bone fragments, some ovi-caprine teeth and from a deeper layer also a flint flake. A large amount of charcoals have also been sampled (often associated to lenses of burnt soil in secondary deposition).

These preliminary results show a long-term human occupation of the area. Some of the key spots of the basin seem to have been repeatedly occupied until recent times, as suggested by the lithic materials found during the survey.

The data gathered during this campaign (although preliminary) confirm the exceptional archaeological importance of this area of the Park (previously suggested by the archaeological evidence from the Riparo Tomass, in the neighbouring Valle di Lamen, at 920 m), not only for the comprehension of the history of pastoralism in the Feltre area, but also and mainly for the comprehension of the evolution of the relationship between humans and the mountains, investigated also in other sectors of the Alpine arc. 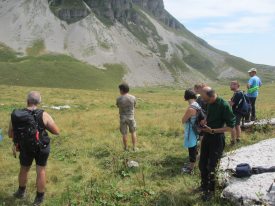 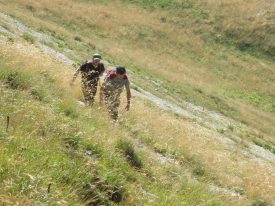 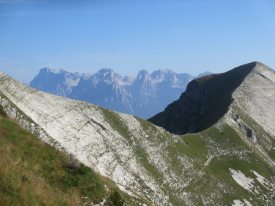